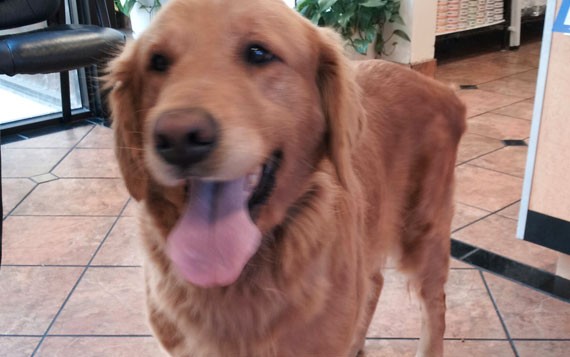 Alyssa • Always in our hearts

Alyssa came to us from a shelter where she had been dumped with an abcess that was as large and infected as any our doctors had ever seen. Yet this beautiful five year old still had wags and kisses for all she met.

We removed the abcess and felt that now she would know the life and love that she had so longed for. However, she had stopped eating the last several days after we took her from the hospital. At first it was thought that the antibiotics were depressing her appetite, then we got concerned when we heard a bit of a cough that she might be starting with pneumonia, so we brought her back in to the hospital and did a chest xray and found that she had cancer that had already metastasized. While we were waiting to do more tests to see if perhaps we could manage that, she crashed and filled up with abdominal fluids and edema. It would not have been fair to her to continue.

Her foster dad, Stephen Rodda and I spent the last hour with her, loving her and letting her go.