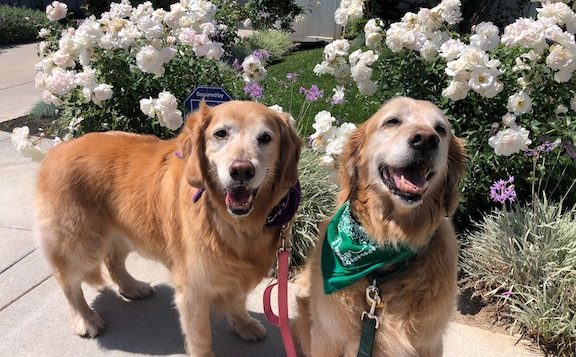 Cody is the one of recent additions to our permanent foster program. Callie is along as his ‘plus one’ as these litter-mates were to be adopted together…so together they will stay until the end.  At that time, Callie will be adopted through typical channels.

Cody and Callie were posted for adoption and their family selected, when a lump was noticed  on his head by his ear.  Back to the vet we went to have it checked out. The vet did an aspiration (small sample with a needle) and saw a couple of different kinds of cells that could be concerning. The sample was sent to a pathologist for further review.  X-rays of Cody’s skull were taken because the mass wasn’t movable, but they didn’t give us any definitive answers.

Upon review, the pathologist came back with two possibilities. 1) an osteoma (benign tumor) or 2) osteosarcoma (cancer) which was believed less likely.

We were hopeful.  Next steps were a biopsy, or removal if possible but the mass was not encapsulated and could not be completely excised.  The pathology reports confirmed cancer;  we were heartbroken.

Not willing to give up yet to give up there, Cody was seen by an oncologist and neurologist. T

Sadly, this was not good news.  Given the type of cancer and the location of the mass, it most likely will or had already grown through the skull and removal just is not possible. With these results we welcomed Cody in to our permanent foster program.  He will spend the rest of his life with his loving, caring permanent foster mom and his bonded mate Callie.