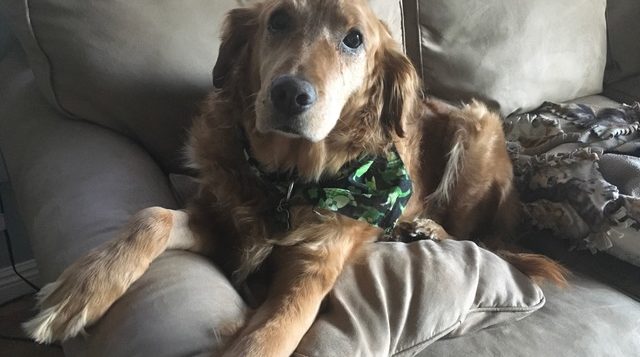 Cooper Lou *Always in our hearts

On May 10, 2017 at 1:00 a.m., we said good-bye to our Cooper Lou who had an aggressive cancer that he couldn’t fight off any longer. We adopted Cooper Lou in January of 2016 and he was believed to be 4 years old. He was the absolute best Golden there ever was! Cooper Lou was gentle, loving, friendly and most of all a Velcro dog. He brought us so much love❤. Every bone in his body was good. He loved our cats and slept with them all the time. When we were told in February, 2017 that he had cancer, we were on board with any treatment or surgery that he needed. He recovered so nicely and acted like nothing was wrong. Whatever time we had with Cooper was meant to be. He has a permanent place in our hearts and whoever met him. ?❤We miss you to the moon and back, Cooper.