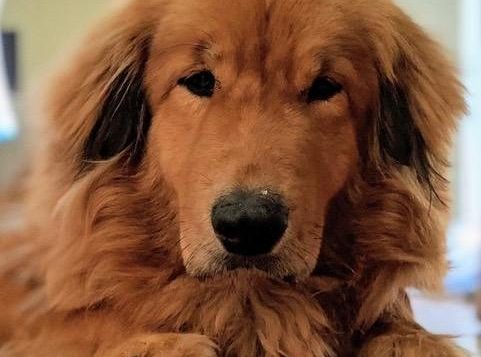 On March 20th Fitz made U.S. Soil with another rescue pup.  The crossing took much longer than normal and the dogs just made it before they closed the border.

When Fitz arrived he was in pretty bad shape.  A visit to the vet the next day didn’t alleviate my concerns, but she put him on doxy and hoped for the best.  Within a few days he was up for going for short walks and then started acting like a dog.  We were very grateful to see some playfulness out of this pup. I started taking Fitz to the park where he got to meet a lot of people and loved to getting attention and everyone thought he was so beautiful!  And he was a leaner so that got him extra points.  He began to realize that when I picked up my wallet that meant a car ride, which meant the park and he would jump around like a jack-rabbit.  Very cute!  Fitz had been doing pretty well until the last week when he couldn’t get enough water and was not very interested in food.  We knew it was kidneys or liver and tests confirmed it was his liver.  Last night I slept on the couch with the slider open so he could go in-and-out as needed but I could tell he was very confused and he was weak from not wanting to eat.  This morning before we could even get him back to the vet he passed away in the back of my car.

Because nobody within SCGRR outside of my husband and I had ever even seen Fitz, I just wanted to tell you his story, show you his cute face and say THANK YOU to the board for allowing dogs like Fitz to come into rescue even for a short time, just to feel what it’s like to have a great life.  He got to eat some very good food, enjoy lots of nurturing, loves, pets and sleep on a real bed.  He loved going to the park to smell all the smells, pee on everything and walking with all the other dogs just as it should be.