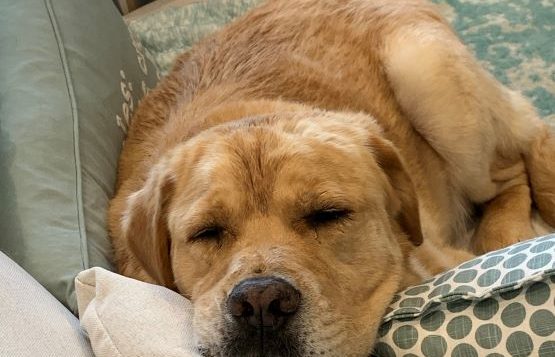 Mac (fka GoldBud) had a bit of a bumpy start but has now found his forever home. He is the only pup and the center of his new mom’s universe…just the way he likes it.  Happy Life Buddy!

Here is an update from mom…

“Tucker is a chill dog in his new home – nothing bothers him. Squirrels, other dogs and strangers are welcomed. He is great company especially during these social isolation times. I am thrilled to have a fur companion after a year of loneliness since my precious dog Emma died. My friends remark about the change in me since Tucker came into my life. He is a perfect example of a Velcro dog. Tucker has only four priorities – food, walking, riding in a car and sleep. With his built in alarm clock he reminds me when it is time for each activity. A routine is important to him. His life’s tempo and mine are in synch (except I would like to sleep later in the morning) so we are a match made in heaven. He has earned the name given to him by my friend – Tucker Terrific!” 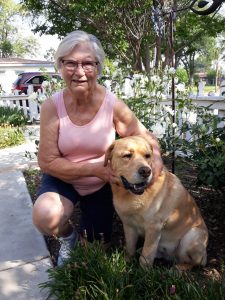