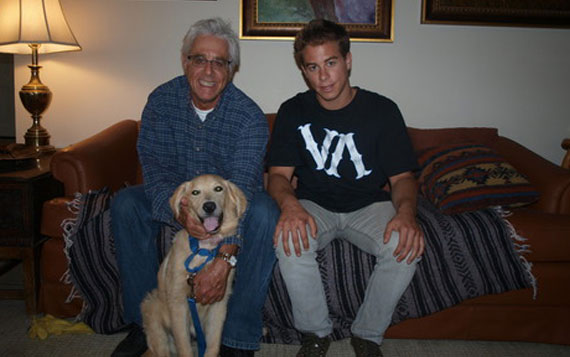 Meet Benson and his new Family!

Benson, a 5 month old puppy, came into rescue from the shelter. Even at his young age he had been abused and had a ring of sores around his neck where a wire had been imbedded. Luckily he was taken to the shelter before he grew and choked to death.

Little Benson was on his way to foster care but stopped for a playdate at another foster home. He decided to stay and had so much fun nobody would break his little heart. And when you’re a foster, what’s one more dog.

As it happened, someone was very interested in Bert and came to meet him. Bert was pretty happy where he was and didn’t select the family. But Benson did. They couldn’t leave without Benson and said but that’s my dog. So, Bert stayed and Benson went off to Newport Beach with his family and teenage brother where he’s livin’ the life.

If Benson hadn’t insisted on staying he may have never met his family.