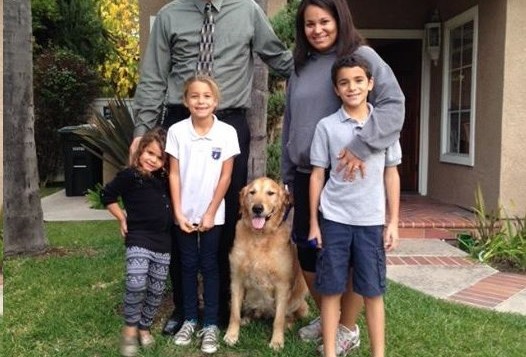 This is Bronwyn. He is a big, husky, loveable well-trained dog who was brought into rescue because his owner lost his job and could no longer afford to take care of him.

As mentioned he is very well trained and obedient and wants nothing more than to make you happy. He knows many commands, is proud to show them to you and is very intelligent.

Bronwyn loves his walks and is very good with people and children he meets along the way. He generally ignores other dogs unless they assume an aggressive or dominant stance and then he will react if allowed to. He prefers to be the only dog in the home thus getting all your attention and love.

He has lived with children and does very well even with the really little ones. He is house trained, leash trained and is non-destructive when left alone in the home. He will only bark when someone comes to the door and he can sound quite ferocious and intimidating, but that’s as far as he goes. He is really a big love bug.