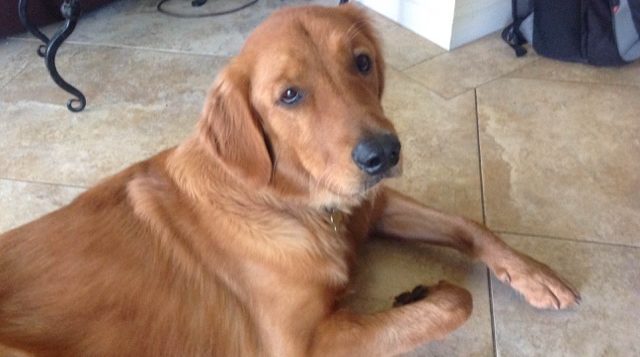 Meet Coltrane. This poor guy was relinquished to a shelter by his owner , and the reason given was they were moving. He did not mention why the poor dog had a gentle leader cinched so tight around his muzzle that he was visibly distressed by it. Once the shelter workers got it off, and him in a kennel, he became even more distressed, cowering and huddling as far back as he could get. He was terrified, and would react fearfully to anyone who tried to approach him. Some one had clearly been very, very mean to this dog, and it took a few days before any of the shelter workers were able to gain his trust enough for them to approach him. Now, at his foster home, he is a completely different dog.