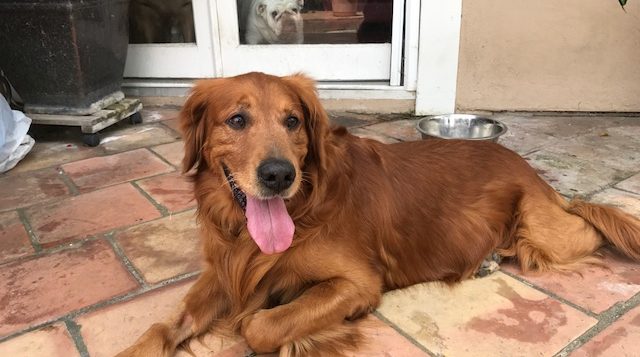 Say hello to Cyrus. Given up by his owner due to a serious medical condition (on the owners part, not the dogs), and with no animal shelters in the city, he was turned in to the local police department-a very progressive police department, incidentally, who contacted SCGRR and asked if we would take him. So, we headed down there, and we literally busted him out of jail!