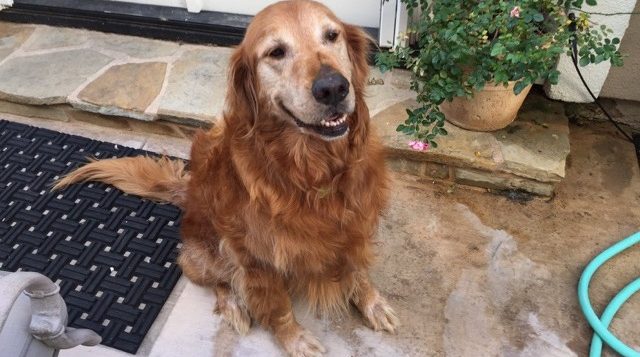 Duley’s Rescue Journey:  Duley has spent the last few years outside, because the owners just did not want such a big dog in the house. This despite the fact that they had a smaller dog who was allowed inside, as Duley would watch morosely through the patio door. Their son could not bear it any longer, and they relinquished him to us. A good thing for Duley, as his life was about to get much, much better.