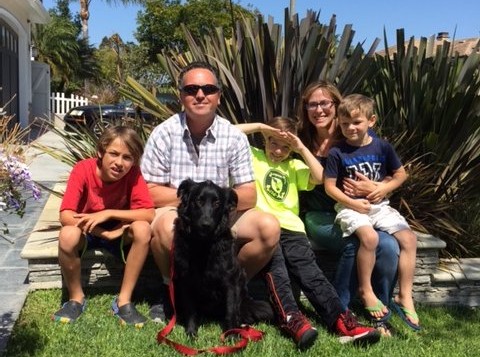 This young, dark haired beauty is quite fittingly named Ebony. Even though we cannot precisely pinpoint her age, this girl is most definitely all puppy. She has an insane amount of energy to burn-two walks daily is simply not going to cut it. That said, she can certainly settle down and be a cuddler-AFTER she’s had a good long hard walk/run/hike.

Ebony likes all toys, but again, being a puppy, she’ll happily accumulate new items that she shouldn’t and turn those into toys if not properly supervised.

For the most part, she walks well on a leash, and easily meets new people and dogs. Though she will initially try to “control” a situation, she is easily corrected, learning quickly. While Ebony interacts and plays well with other dogs, she most definitely prefers human companionship to that of other canines. However, another young dog, assertive enough to let her know when he/she has had enough, would also be very good for her-her two older aunties where she is currently staying most definitely are teaching her some much needed manners!

Ebony is a sweet young girl who would do equally well placed as an only dog, if there was a human around most, if not all, of the time, or with another canine companion. She is housebroken, and for the most part, for short periods of time, has been non destructive in her foster home. She sleeps well through the night in her foster parents bedroom on her own bed. She would be best placed with kids well past the toddler stage, as she can be a little “mouthy” when she means to show her affection, and she will run over the really little ones in her total puppy exuberance, and with her size. She would be best placed with a very active family or individual, maybe a runner or hiker,who will commit to her continued training. With those considerations met, she will make a really wonderful new family member .