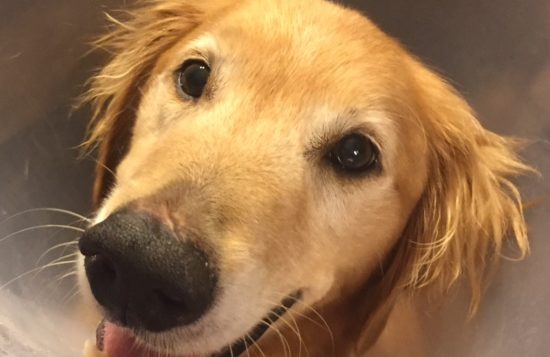 August was dumped at the Long Beach Animal Shelter by his owners who immediately called Southern California Golden Retriever Rescue.    He is only 7 but seems younger.  After seeing the horrific pictures of an open, bleeding tumor on his rear, we immediately said yes and jumped into action. 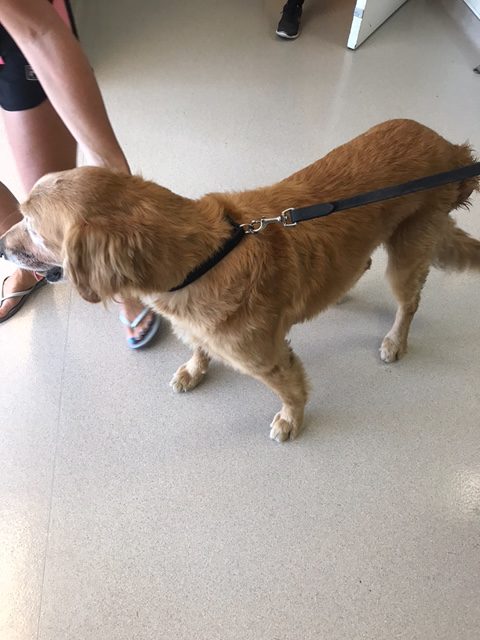 Nothing could have prepared us for a reality even more horrible than the pictures.  The bloody opening was the size of a golf ball.  This poor pup was in so much pain and running a fever.  He was constantly trying to get at it so his cone was covered in blood too.  It was truly shocking. 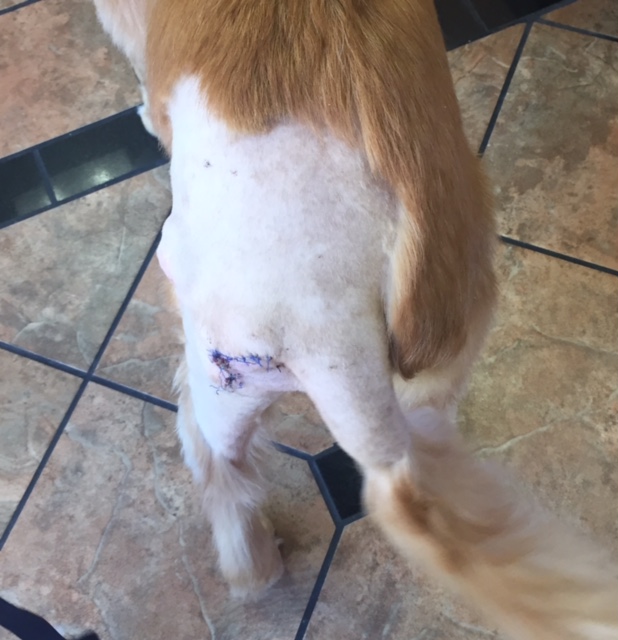 Dr. Shulman at Animal Medical Center operated quickly to try to remove the tumor.  It was in a tough place to get clear margins but was critical to giving him comfort. The tissue samples for August came back as Stage 3 soft tissue carcinoma which reportedly spreads aggressively…especially when you make it angry by removing the primary tumor which was absolutely necessary. August is now a member of the SCGRR Save a Life Program where he will live in the comfort of a loving foster home while SCGRR covers the medical required to keep him comfortable for as long as he has good quality of life. The vet estimates 90 days.

He has found love in the arms of experienced permanent foster mom Liz who also cared for Clarence and Murphy – both with cancer. She will give him the bucket list moments to bring him joy…she says starting with a trip to the beach as soon as the stitches are out! He has already experienced Petco to check out all the wonderful treats and toys…and even met a hairless guinea pig (through the glass of course!) 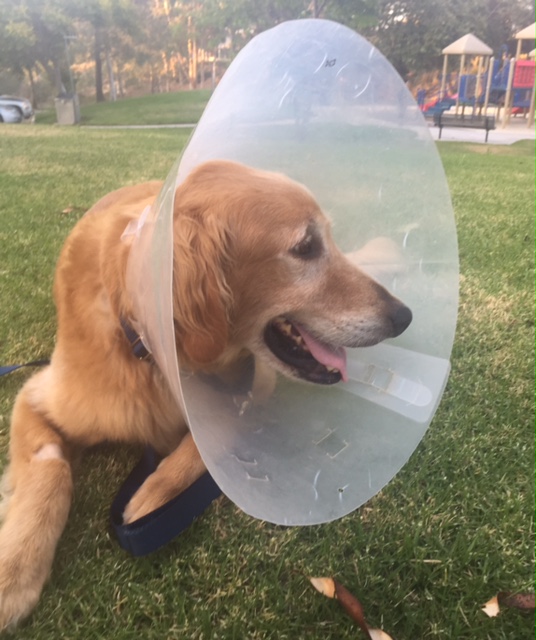 If you would like to contribute to August’s care, there is a GoFundMe in his name:  https://www.gofundme.com/golden-with-bloody-tumor-dumped