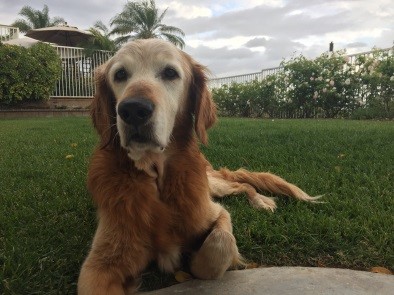 Franklin is 15 and was dropped off at the shelter by his owners. He is almost totally deaf and had a laryngeal problem which caused him great difficulty breathing.

He collapsed going into the vet once our rescue picked him up.  He also has a mass on his liver and arthritis in his back legs especially. Because of his mass, he is limited to how much he can walk so he only has partial access to our home and enjoys going out back to roll around in the grass, but only if we are out there with him!  He is a true velcro golden, just wanting to be with his humans and LOVES to eat! 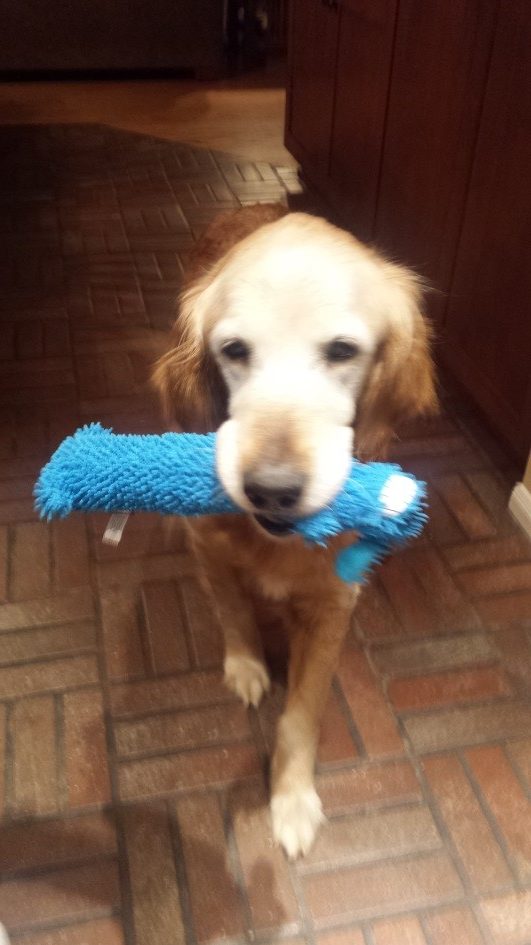 They operated on his throat, neutered him due to potential issues, and has been given the all clear by the vet to remove the mass on his liver the end of May 2017. 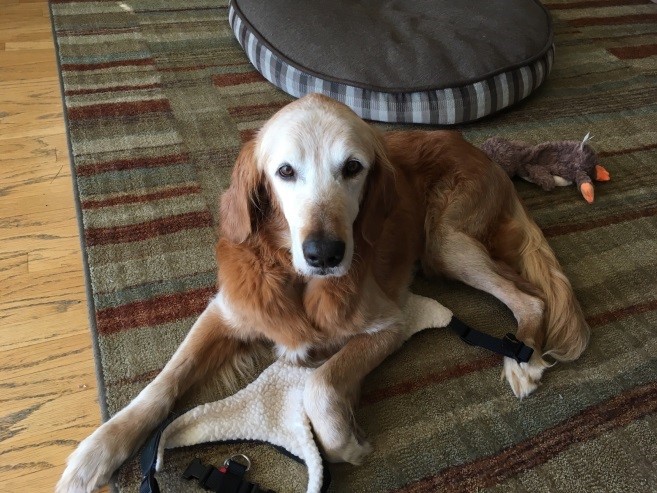 The vet feels he is a great candidate for the procedure, as he is quite spry for 15 and gets stronger every day!  He is, of course, the sweetest, gentlest dog and gets along with everything and everyone.  We are honored to be able to love and care for Franklin and so grateful to SCGRR to be sure he has everything he needs to live the best life he can.