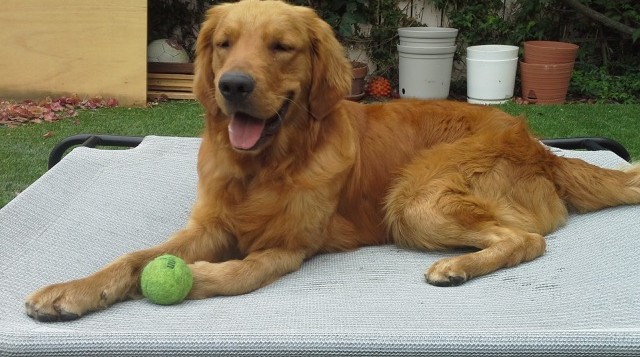 This is Gaffey. Gaffney, at the tender age of one, was turned in to the shelter by his owner because they said he was “destructive and not housebroken” Well, as we found out, he is neither, just a big puppy who had evidently spent lots of time alone and left to his own devices. He had also evidently not met many other dogs either, as he was labelled as “dog reactive” at the shelter. Again, wrong, only seriously lacking in doggy etiquette and socialization-he would get overly excited when he met other dogs (which many did not take to kindly) but it was only him being a big puppy and wanting to meet and play and not knowing how. This behavior is much improved now that he is with his foster dad, walking as many as 4-5 miles a day, and meeting many dogs along the way, most of whom he interacts well with. He definitely still needs work, but he is slowly getting much better-he just needs to understand that some other dogs do not want to play or meet him.