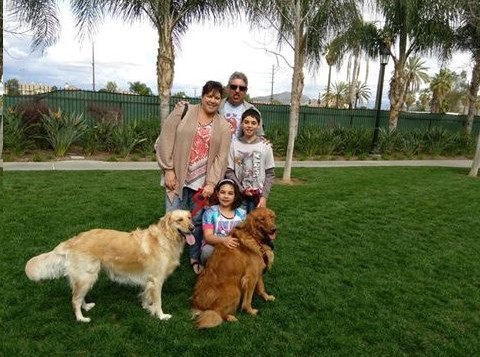 Can you imagine anything sweeter then a golden named Gambit?

At 2 1/2 years old he still has plenty of puppy energy. He loves going for walks, chasing tennis balls or just cuddling with his human. He loves going for rides in the car and spending time with his family. He is housebroken and can be left loose in the house. He really does prefer to be inside. He loves being a couch potato sometimes but playing with his kid is what he really wants to do.

We have noticed he is a little shy with men so he will need some time to learn to trust them. He came to us a little overweight but with a good diet and exercise he has been losing those extra pounds.

Gambit needs a home with kids but since he is a big boy kids 7 or older would be great. He loves playing or just chilling out with them. We are not sure if he likes water but hey he is a golden after all.