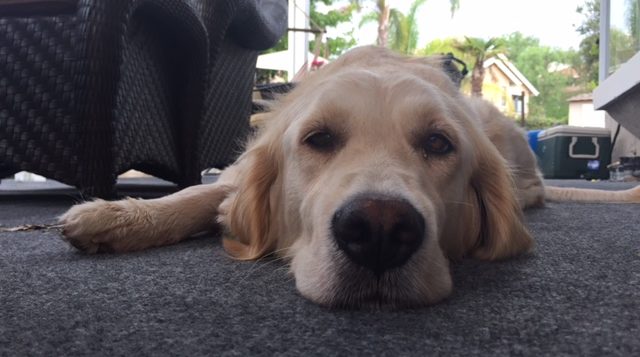 McKenzie travelled a long ways to get here-she comes the us all the way from the Korean dog meat market, where she was being used as a breeding female who supplied the market with…ugh, tender young puppy meat. Unimaginable to us, and most younger Koreans, the practice of eating dog remains a normal part of some older Koreans diet. We have partnered with a small rescuer there who does what she can to divert and save as many golden retrievers from meeting this horrible fate. McKenzie was one of the fortunate ones. She had been bred so many times that, even though only estimated at about 2-3 y/o, she was no longer capable of producing any litters, and, no longer of any use to anyone, she was headed for slaughter and consumption herself.