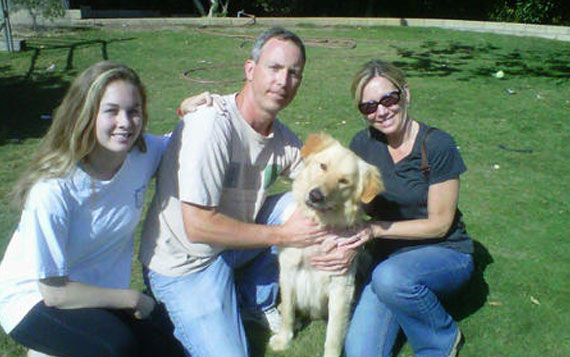 Meet Morrie and his new Family!

Morrie is the cutest, sweetest, most lovable Golden mix you’d ever want to meet. His previous owner starved him so much that even the shelter was afraid to neuter him due to such low body condition and he had something similar to a wire imbedded on his neck? Despite his prior abuse he has a positive spirit; always ready to play, play, play or fawn all over anyone who gives him any attention whatsoever.

Julie and Eric saw his picture and sent a wildly enthusiastically email saying how smitten they were. At the meeting, Morrie poured on his charm and the couple was captivated. Last report the entire family is totally on Team Morrie!