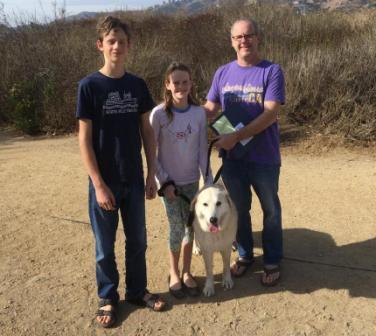 Pamuk came Turkey in November and we quickly discovered that she was NOT a golden retriever, but rather a Turkey mix of Anatolian Shepherd and Akbash, with perhaps other shepherds mixed in. True to her breed, Pamuk’s instincts  to guard her territory became apparent. She needed a special home, with property and livestock, and a family to watch over. With help of Angel’s Bark Rescue, we found a trainer to work with Pamuk and help her focus on what she should be doing, and ignoring the rest.

Pamuk found her forever perfect home ~ with acres and livestock and people to protect. She is happy and loved. What a wonderful ever-after.