Sophie ~ Always in our Hearts

Lovely Sophie came into rescue back in October 2013 as part of a bonded pair rescued from the shelter. Her best friend Phoebe, was geriatric old lab at the time, riddled with tumors.  While Phoebe immediately became a permanent foster, her comfort dog Sophie was only 8 years old and healthy. Thanks to a generous sponsorship, Sophie was inducted into the permanent foster program as well. 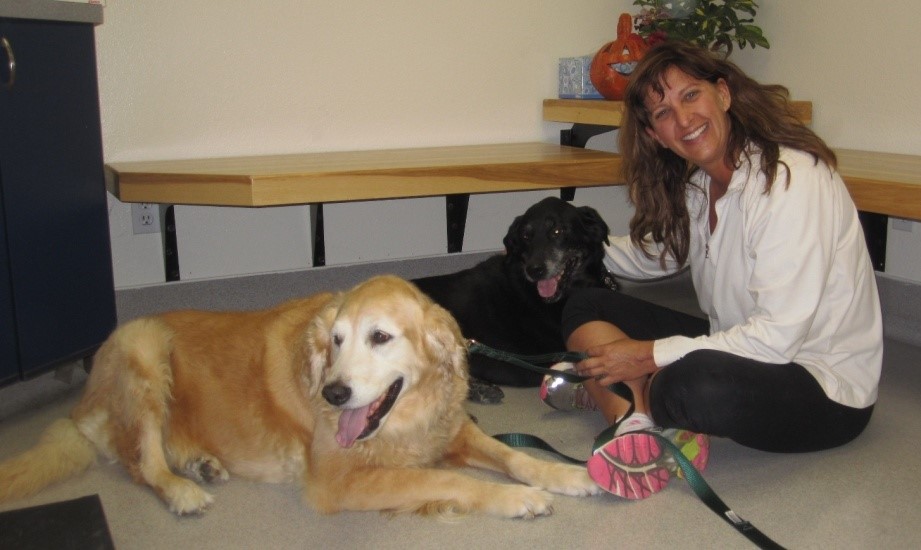 Sophie lost Phoebe two years later. By that time she was an integral part of ranch life, morning walks to the barn, helping in the garden, companion to menagerie of animal friends. Sophie was happy and healthy and celebrated her 14th birthday on May 6, 2014.

It was then she started to have seizures. Her first trip to the vet for anything other than arthritis meds was this summer. Medication kept them at bay for three months but sadly, she started to decline. The next bout of seizures resulted in an emergency room visit where her foster mom had to say good-bye.

Sophie brought so much joy to her family and everyone that knew her. Such a sweet spirit, she will be missed.

Both came to SCGRR in roundabout fashion. Their lifetime owner had passed away and extended family did not have the resources to keep both together. You see, Phoebe and Sophie were bonded for life. They were taken to the Humane Society and housed out of public view due to Phoebe’s medical condition. There they shared a kennel for almost 3 months until a Rescue Angel, one of SCGRR’s supporters, discovered them and helped facilitate their exit to rescue.

Phoebe had 11 tumors all over her body. The largest is the size of a football, encompassing her entire left chest wall. The malignant tumor on her neck could be removed, but not without dangerous risk to Phoebs. At her age, 12 years old, the risk outweighed the gain. She had no idea she was 12 and covered in tumors. She loved going for walks with foster mom around the ranch and supervising Sophie’s toy fetish. Phoebe crossed the Rainbow Bridge in March 2015. Her foster mom said “I took Sophie with me on the day we let her go so we could all grieve together.  Funny, Sophie has never offered to go in the car willingly until Phoebe died.  She just knew her job was to take care of Phoebe.” 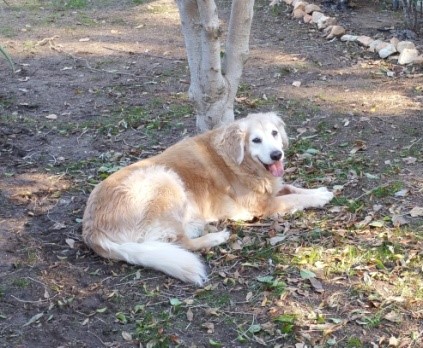 Now it is our turn to continue to care for Sophie. Sophie was Phoebe’s emotional support…or visa-versa. They had been together all of her life. Glued to her foster mom, always at her feet (under her feet, around her feet, trying to steal her seat), Sophie’s golden smile always warms her day. SCGRR is so very fortunate that the Good Samaritan who entrusted us with the pair, continues to be her Rescue Angel in the way of sponsorship of Sophie. 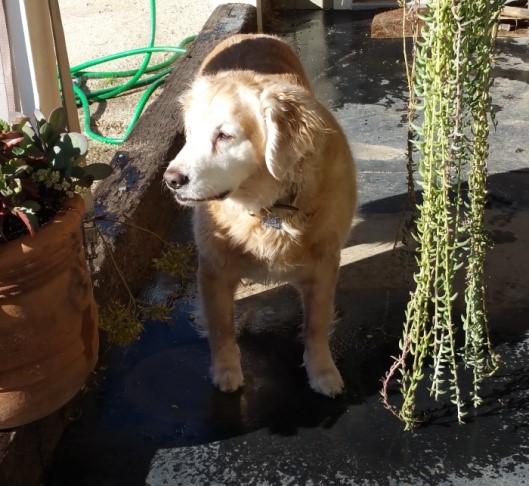 Now at 10 y/o, Sophie has bonded with the resident chow mix Bella, where they spend their days supervising the unruly boys. They walk the 10 acre ranch daily, chase lizards, and lounge in the sun…a perfect retirement for this golden girl. 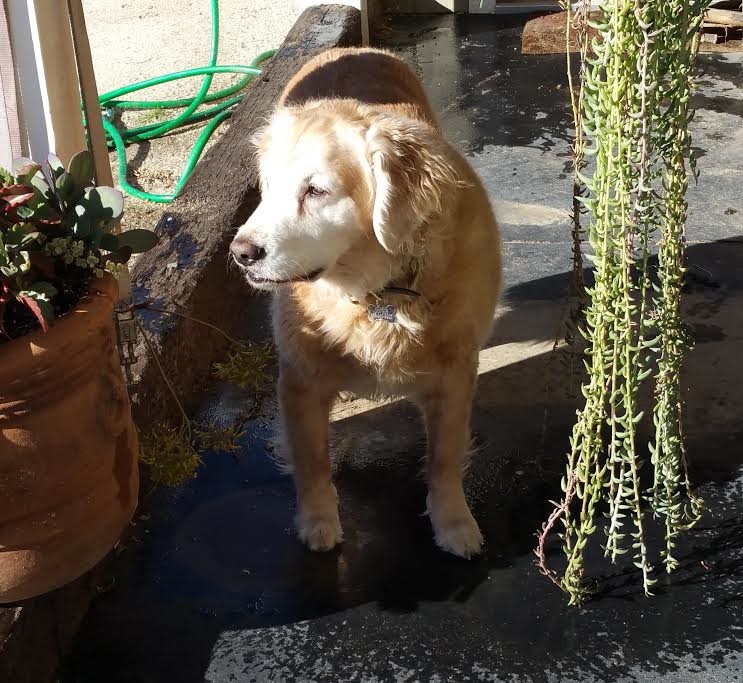