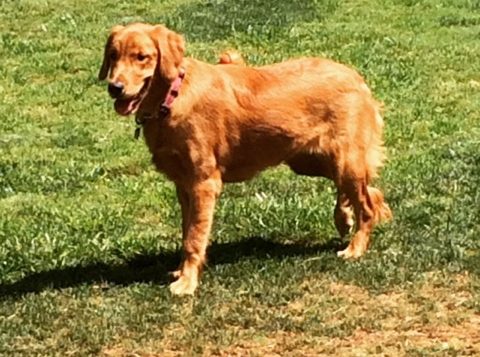 Meet Phoebe. Pretty Phoebe was relinquished to us by her brand new owners after they purchased her on Craigslist and found out that, despite what they were told, it appeared that she was decidedly NOT cat friendly, and she was traumatizing their cat. Who was there first, much to their credit. So, right up front, NO kitties for this girl.