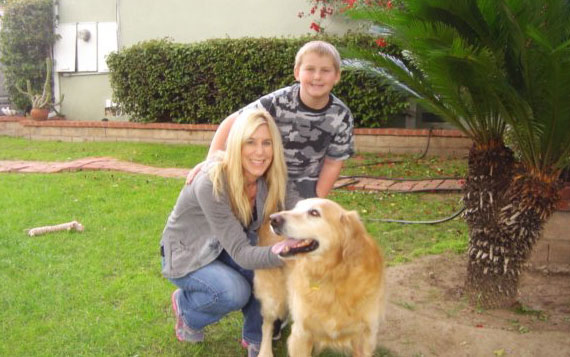 Meet Presley and his new Family!

Presley came into rescue from a shelter as a stray. He is a BIG love bug. All he wants is for you to pet him and pay attention to him. The only thing that he does do is get into the trash, but other than that his foster mom says he has great house manners. Doesn’t get on the furniture and isn’t a counter surfer.
He gets along with the fosters other two goldens. Loves to be outside watching the birds and loves chasing the squirrels. We don’t know how he would be around cats so probably not a home with a cat. He knows several commands, sit, down, shake. He would probably like to be the only dog so he can have all the attention.