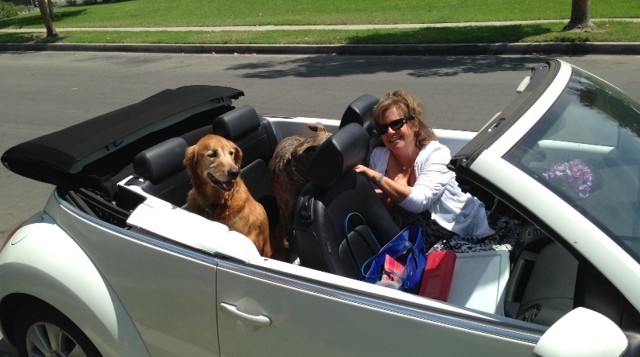 Rustan is a handsome, dignified nine year old golden charmer. His previous owner had had him since he was a puppy and was very sad to give him up but had fallen on some hard times recently and was forced to move into a much smaller apartment with very little space and no outdoor access for Rustan . He made the difficult decision to turn him in to rescue.

Rustan was very sad initially but now is starting to blossom in his new foster home. He has great manners, walks very well on a leash and knows all his basic commands. He gets along well with his foster bulldog brother and is also very tolerant of his puppy lab brother who spends his days enticing him to play, play, and play some more!

Rustan will do well in either a home with other dogs or as an only pooch. He would also do well with children, having spent time with a 6 and 8 year old in his previous life. He takes treats gently and is not food obsessed. He loves his people and will lean up into you with his paw outstretched to get some loving.

He is very energetic at walk time-he can go for miles on squirrel and bunny patrol and never wants to turn around and go home. Once home,\ though, he is laid back and mellow, just wanting to spend time at your feet snoozing with you nearby.

If you would like to meet this wonderful golden  gentleman and have completed your home interview please contact his rep at Maureen.r@cox.net.