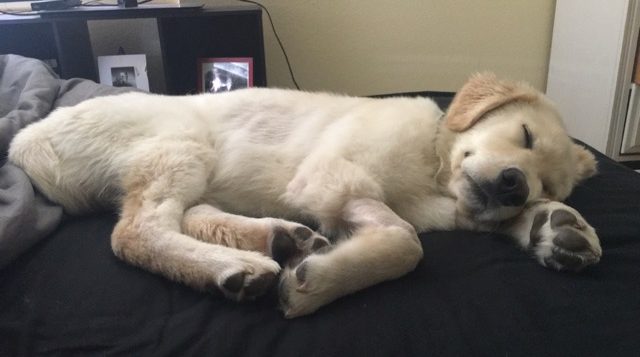 Meet Serge. Serge came in from Korea mid-June with his sister Sia, when they were 4 months old, after being saved from the Korean dog meat market by a rescuer there. Both cute as buttons, Sia was put up on the site after a couple of weeks, and was adopted shortly afterwards. Serge, on the other hand, starting exhibiting signs of illness, what we originally thought was kennel cough. It worsened quickly, and his foster dad rushed him to the vet, who sent him packing off to the specialty veterinary hospital, where he was diagnosed with severe pneumonia. Being so young, he got very ill very quickly, and spent 5 days in a hyperbaric oxygen chamber, where, for a couple of days, we thought we might lose him. Discouraging as things were, we were determined not to give up on him, despite the enormous costs involved-he was a fighter, and we could not imagine him coming all the way from Korea to a new chance at a good life here, only to succumb to illness once arrived. Thankfully, he began to pull through, and he was finally well enough to exit the hospital and return to his foster home. Now, three months later, he has been cleared by his veterinarian for adoption, the only residual from his bout with pneumonia being a partially collapsed portion of one lung, which, other than getting winded after fierce sessions of wrestling, running, and playing, should not cause him any other issue going forward.