Beautiful Sierra is a Great Pyrenees and has all the traits that go along with this breed except for her size.  She only weights 54 pounds and is the basically the same size as a full grown Golden Retriever.  She is sweet, loves people, tolerates her foster brother’s  bad behavior, goes for walks, chases coyotes with her bark, and most of all she is a lover.
Following her spay, she was placed in a foster home in beautiful Crestline. The vet thinks she has been bred and has probably had one litter so she may have been a breeder dog. Her foster mom has fostered for rescues in the past and recently fostered a golden retriever for 5 months. Sierra was a bit shy and tentative when first coming to her new surroundings.
Sierra was pretty mellow during her first week and did not interact much with her canine sibling recovering from her surgery and adapting to her new surroundings. She was not completely housebroken but is doing well now.
She walks well on a leash and sniffs on her walks and hikes but doesn’t pull. Sierra loves meeting people. Sierra has the most regal walk and is just a gorgeous girl.  She loves to lounge on the multiple decks loving her dog bed and taking in the cooler mountain weather. They are dogs that guard their surroundings. She does not bark a lot but will let u know if something or someone gets near.  She shows some food guarding and was thin when she arrived at the shelter.
Her foster mom has fed Sierra good food and healthy treats like dried chicken hearts stuffed in a stuffie ball which she LOVES and has definitely put on weight. Her foster mom says she doesn’t like peanut butter or fruit!
Sierra and Josie started to interact and play together and developed a mutual respect for each other. Sierra has shown no interest in the cat and numerous birds in the home. She doesn’t seem to know a lot of commands.
She has not displayed any destructive behavior when left at home. Sierra isn’t a super active dog and would probably do well in a home with a fairly quiet routine. Think she will be fine with kids, as well, but not the super playfulness that family with children may prefer.
She would be good as the only dog and would be fine with cats but feel she would also do well with a canine sibling.  Sierra has a loving, gentle personalty. Does well with our 12 year old Jack Russell male who does have a somewhat dominant personality. She adjusted well in 4 days; wants to protect all family members; enjoys walks as well as bounding on the lawn…to chase away the squirrels.  A welcome addition to any family.
If you have had your In Home Interview and think she would fit well into your home, please email her rep at: bestgoldens1@gmail.com
At 3 years old, the minimum adoption fee for Sierra is $500
Sierra’s ID is: 4131 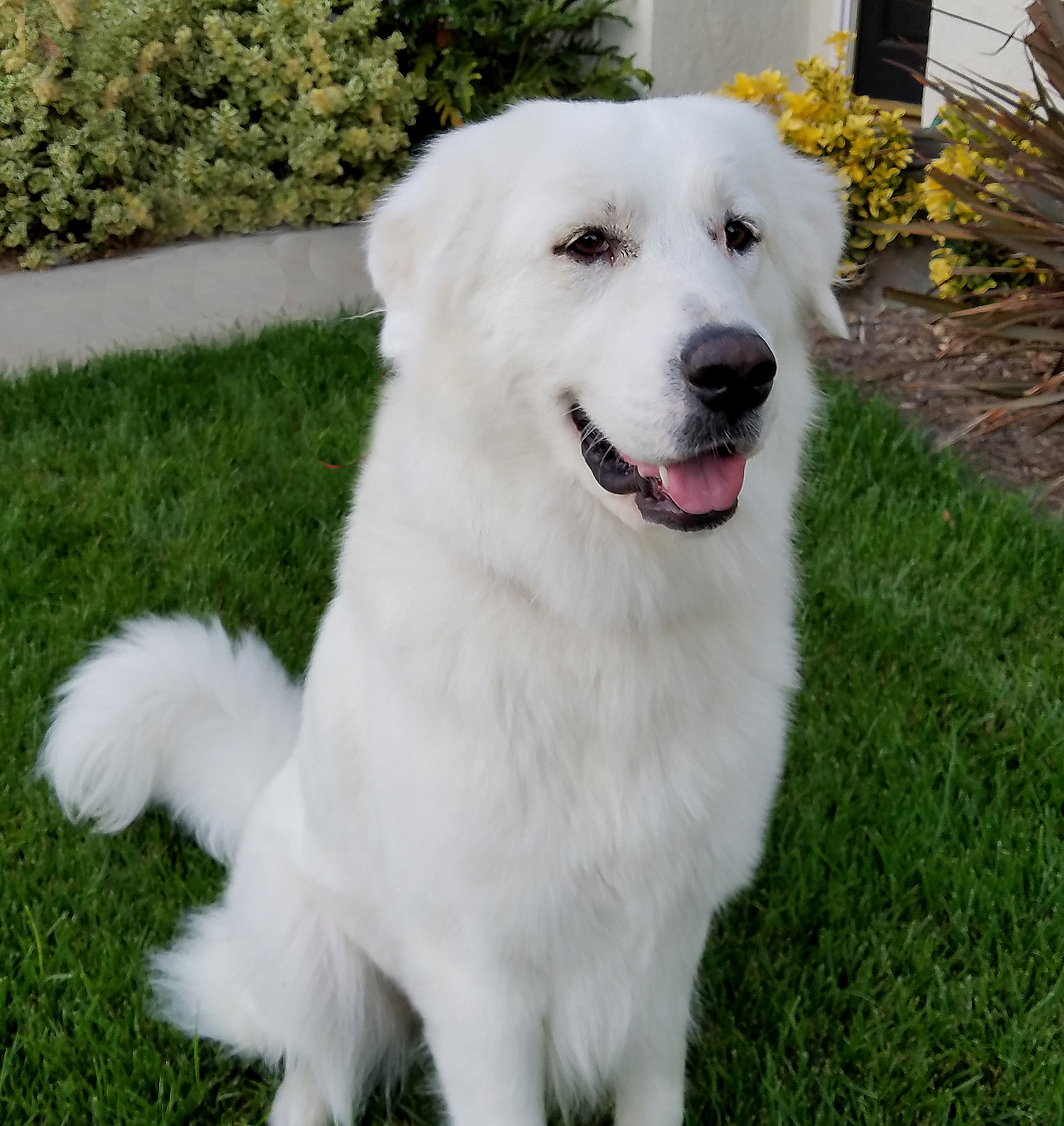 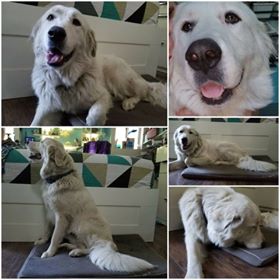 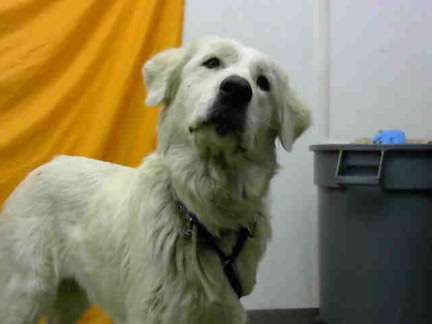 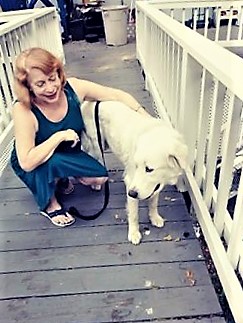 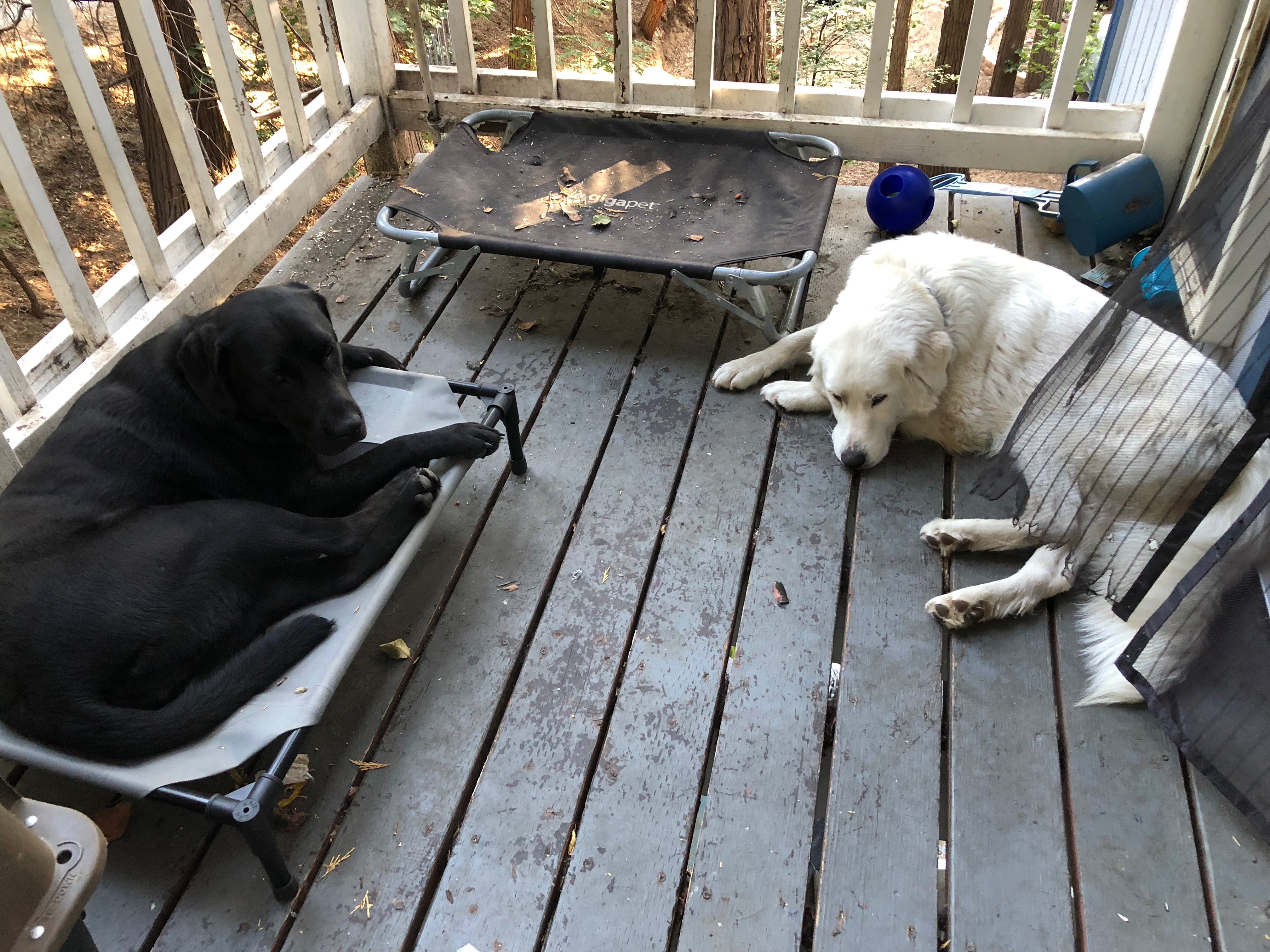 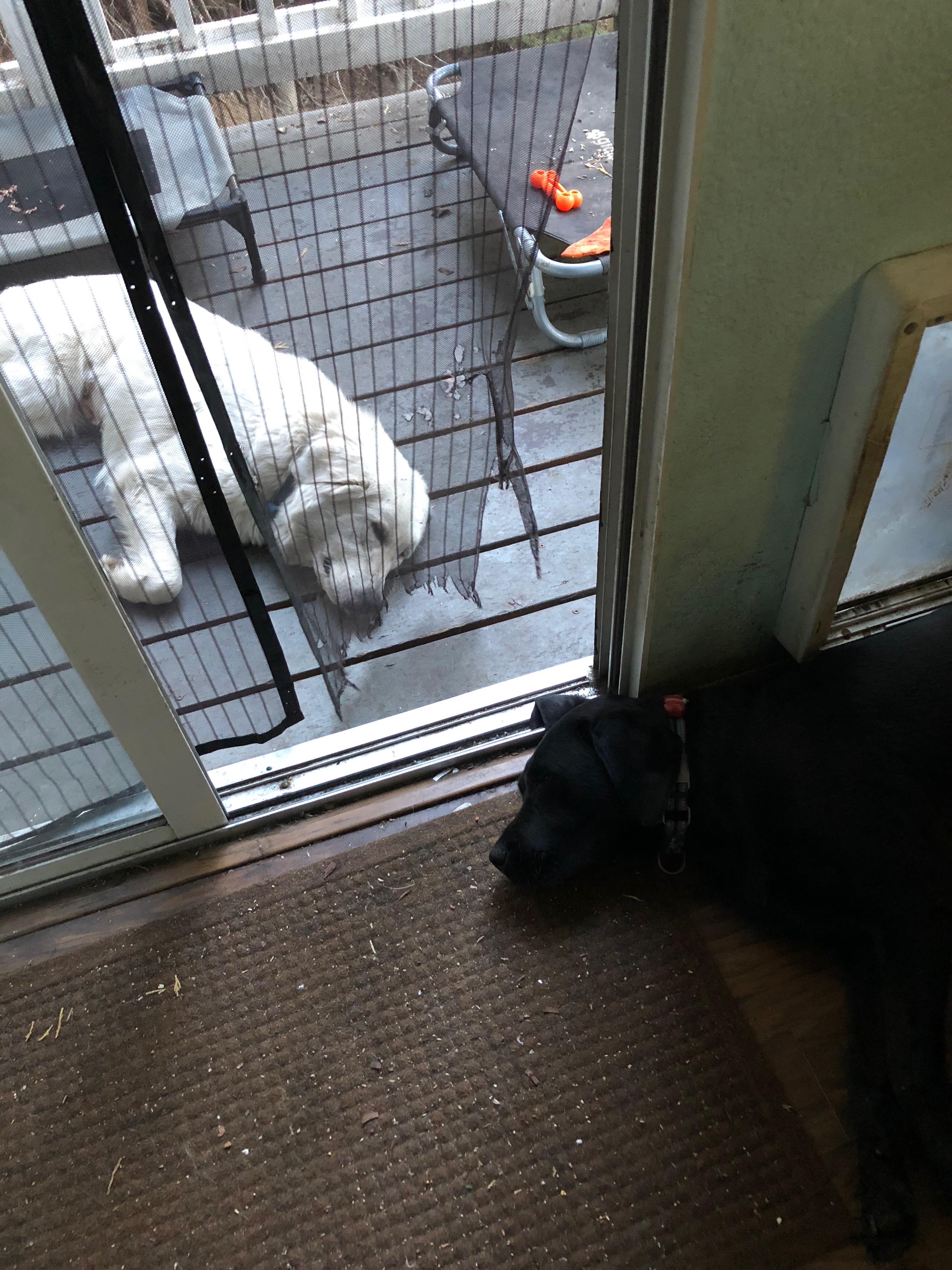 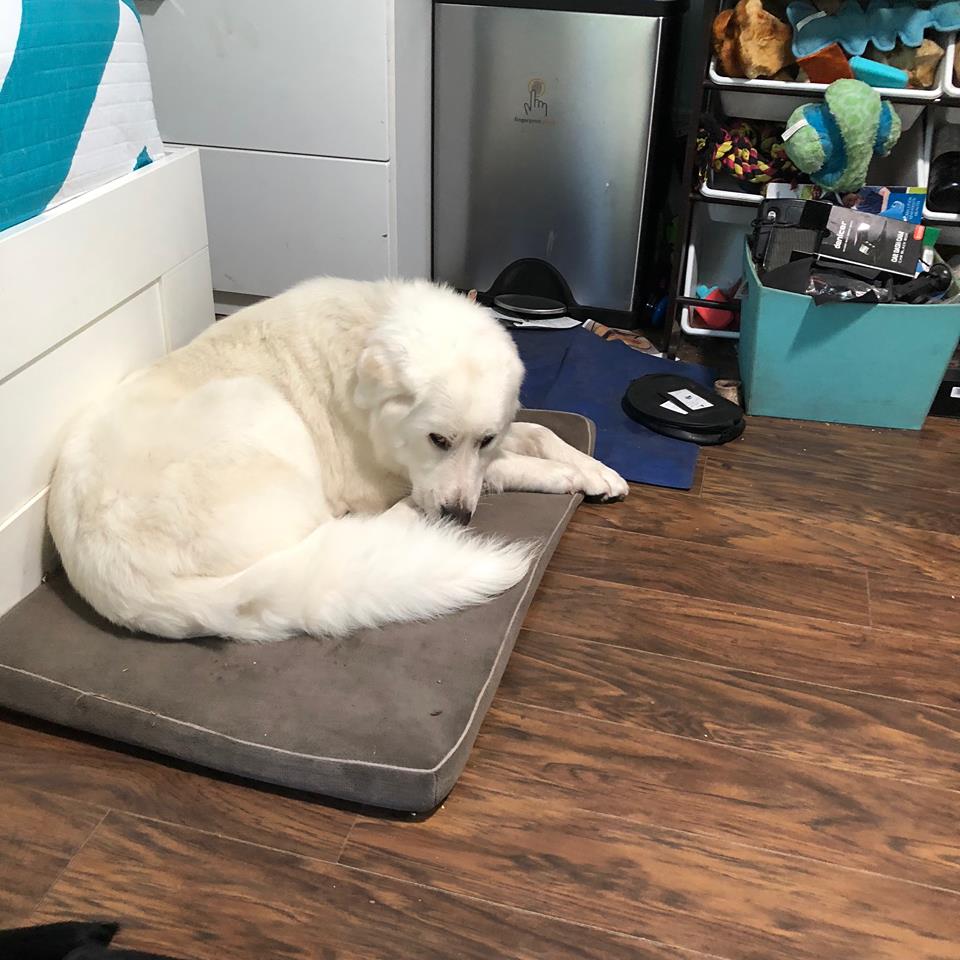 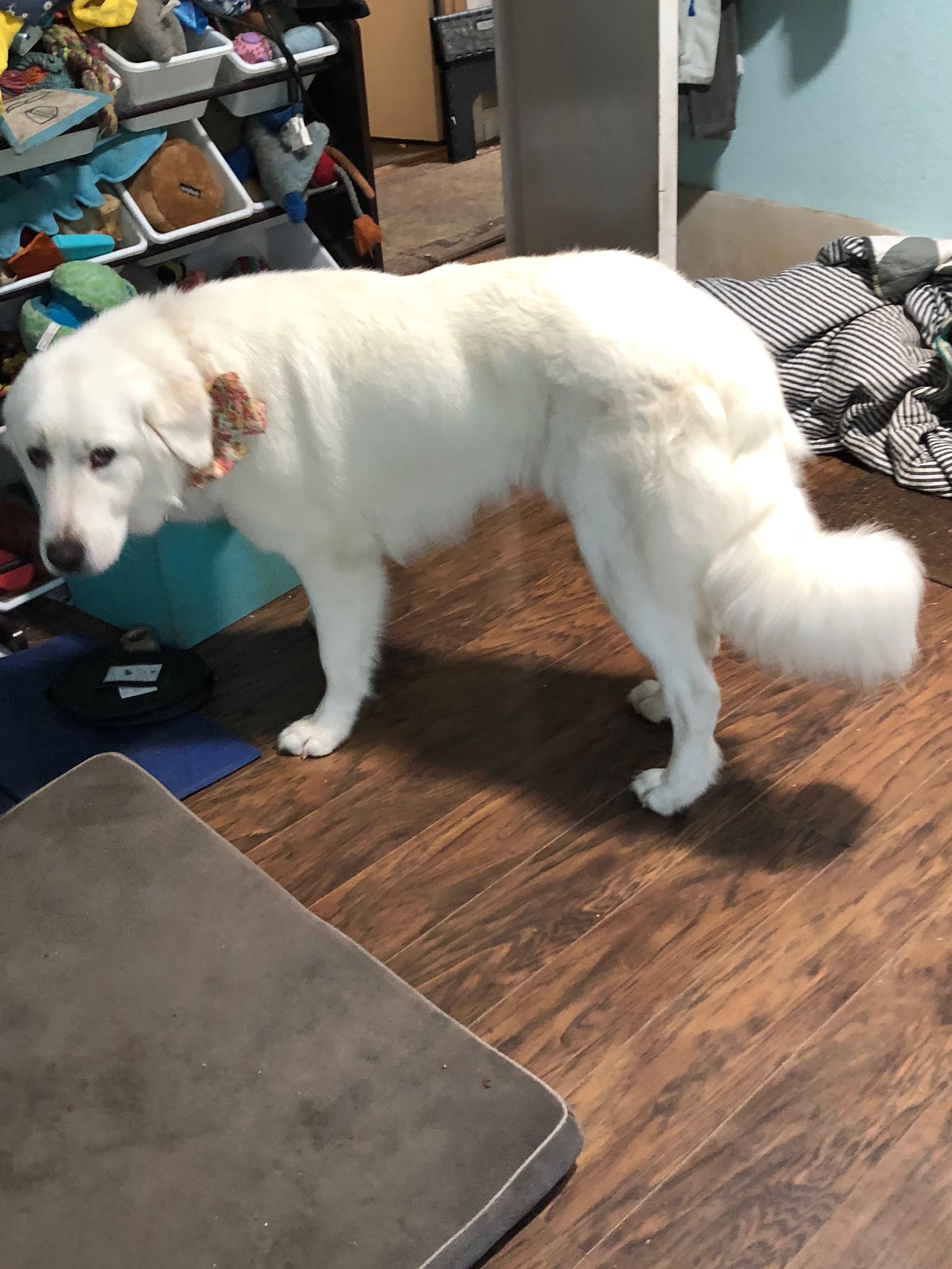 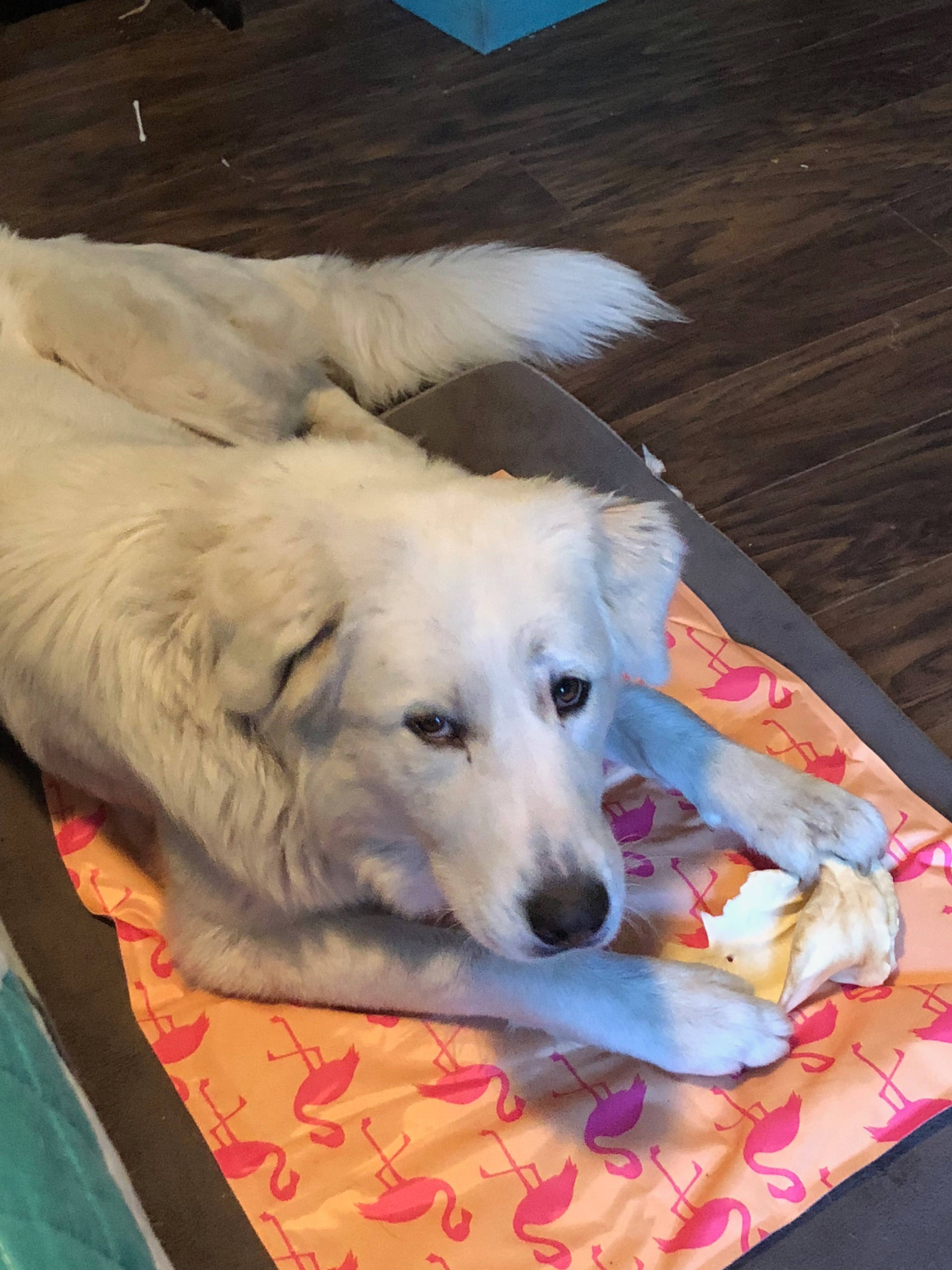