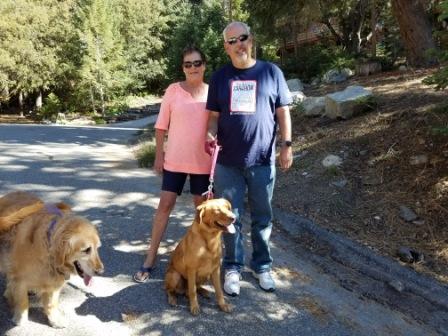 Tejon’s Journey: Tejon, a lab mix,  was spotted at the shelter, and with only three days left, he was scooped up and brought into rescue. Fostered by a wonderful family with dogs, kids and cats, we learned much…like he should not be in a home with dogs, young kids or cats and was adopted. Tejon then showed other behaviors not noted in foster care so back into rescue he came. This time in a different foster home the resident dogs taught him who really was top dog…Tejon started to take note. Eventually adopted to a wonderful family who has witnessed his ‘dark side’ even when it pops up temporarily, Tejon  gets to be the alpha…the boss of himself. A bumpy road to a happily ever after.