Telles is named after one of our longtime vet partners – Dr.  Telles.  It’s not his real name and we don’t know what is.   His foster mum calls him Buddy and he seems just fine with that!

Telles is an absolutely beautiful 5-year-old Golden Retriever.  We think he’s mixed with something as his Golden red fur has low lights of black, but he is all Golden in his personality.   He is friendly, loving,  sweet,  and he just loves his people!

He also loves balls. He is a Retriever after all!  Balls, balls, balls – get him a ball and throw it and you’ll be his favorite person ever and for always!  Telles is leash trained, house broken, knows several commands and sleeps nicely in your bedroom or on the bed if you invite him.   He gets along great with other dogs and has been fine at the dog park.   He is curious about cats, but doesn’t chase them so a cat in his new home would likely be fine.

He has a small growth on his left eye and is being treated with drops.  His new owners may wish to consider taking him to an eye doctor, but it doesn’t bother him and his sight is just fine!  We don’t know if he likes to swim, so a pool is not a must in his new home. Just balls are a necessity!

Telles is a beautiful, mellow boy. 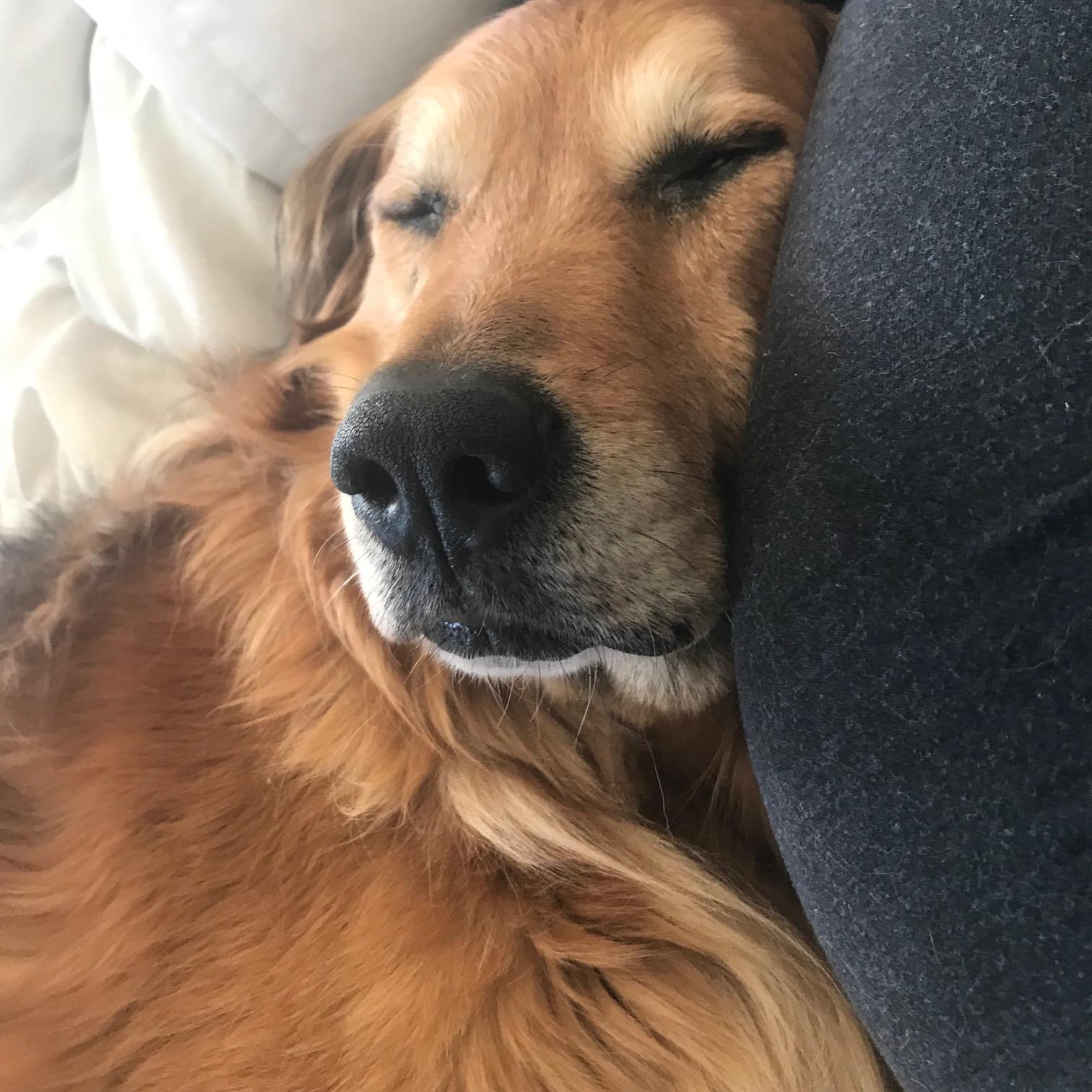