What a difference a loving, patient, dog-centered home can do for a dog.  Here is Zeus, comforted by his pals, SCGRR alums Hawkeye and Tyson, on the way to the park. Following their cue…hopped right into the car.   First time – almost 7 years later. 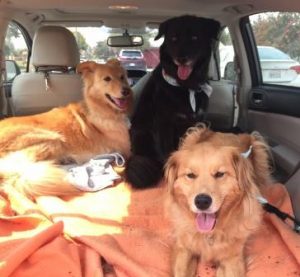 This photo was taken the first day I met Zeus, in 2013. He had himself backed into a corner and wished he could make himself invisible. We were contacted by the shelter supervisor about a 10 month old flat coated retriever mix who was so fearful of everything, he was deemed not adoptable. His only way out of the shelter would be a rescue-only exit. 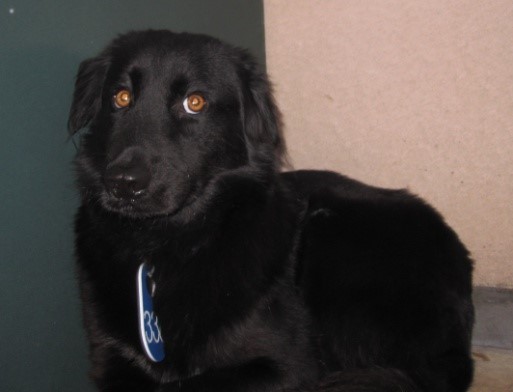 We evaluated him to make sure that with this fear came no aggressive behaviors. When it was time for his shelter evaluation the supervisor had to carry him from his kennel out to the observation area. Zeus was so petrified, he defecated and urinated all over himself and her. Although only 36 lbs, it took two of us to carry him to the car. Once in his foster home, he found a spot he felt safe and to this day that is his favorite place to be.

Zeus has been in foster care for just over 5 years. During that time he has come from DEFCON 1, constantly terrified of everybody to acceptance of his foster mom on his terms. Initially we waited to see if a normal, loving environment with two well-adjusted rescue dogs would ease his fear. It did not. Through extensive research and discussion with our vet, it was determined that in order for Zeus to make any progress he just had to ‘get out of his head’.  We tried Prozac for about three months and realized that it did not really make a difference. Working with an excellent behaviorist, Emily Haley, his foster mom was able to slowly build a relationship with the help of her pack.

Every day, his foster mom made it a point to give high value treats to her pups on the patio while Zeus watched from the ferns. After seven months, he tentatively walked up and took a piece of frozen banana and peanut butter from her hand. It was nine months before she could enter a room without having him leave, and over a year before he would allow her to touch him. Now, at night when watching TV with the other dogs, he will enter the room and find a spot on the carpet away from everyone near the door. Zeus has learned to play with the other two dogs and has become bonded with Hawkeye whom he looks for cues and security. The entire pack goes for walks every day. This is as far into the real world Zeus is comfortable getting, and while he still does not trust other people, now he will make it a point to peek through the back door at friends that come to visit, before quickly retreating. 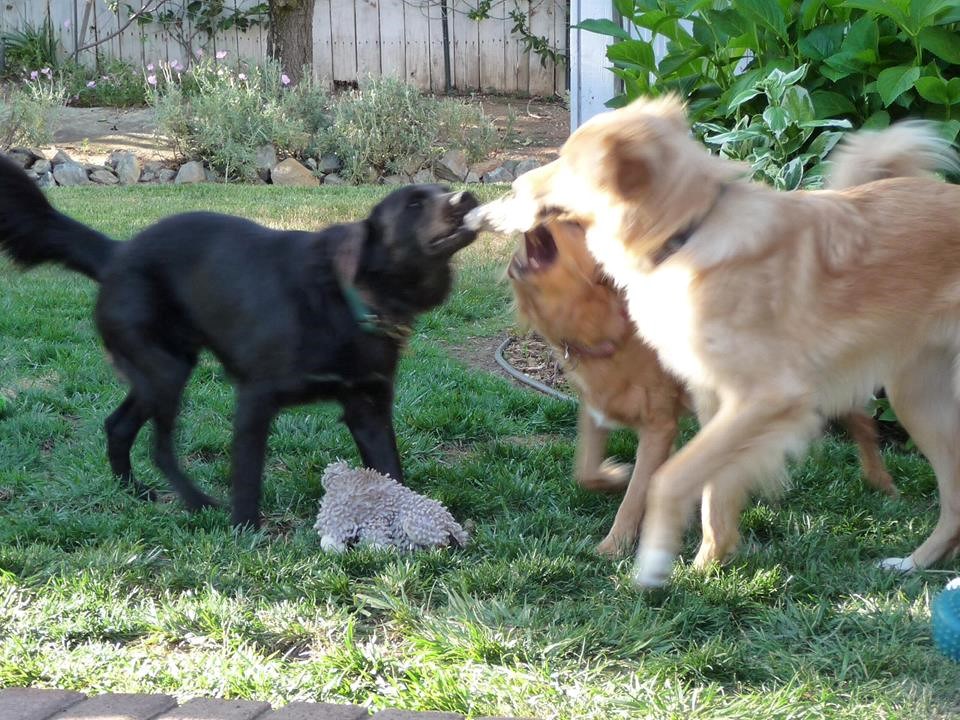 Having only made one trip to the vet for neuter and exam, Zeus is not one of our permanent fosters that has accrued high medical costs. He is on permanent foster status purely because of his fear based anxiety that will never completely abate. It is wonderful that he is in a quiet home where patience and love abound.