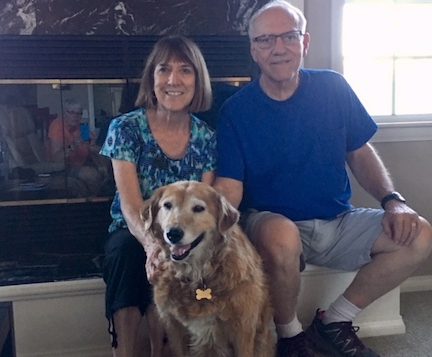 What a difference 24 hours can make! Yesterday at this time we were frantically trying to find a new foster for Zoie because she just didn’t have a great appreciation for her foster brother, and today she was adopted and is happily with her new family!

Zoie, a 10 yr old Golden, was taken to the shelter when her owner passed away. We learned Zoie had separation anxiety the hard way when some nice wood blinds got shredded. Then we discovered she really wasn’t a fan of other dogs – seemed to be fear based reactivity. Poor Zoie had 3 strikes against her being 10 yrs old, anxious, and fearful of dogs.

She finally found her new forever home and they were a perfect match for Zoie!