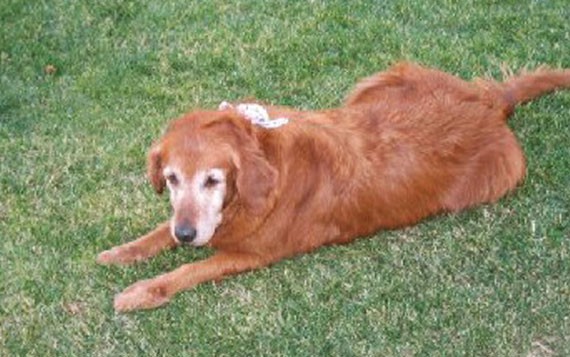 Miss Scarlett • Always in our hearts

Miss Scarlett was a sweet, gentle soul whose owners turned her into the Camarillo shelter because they didn’t have time for her anymore. She was 12 years old. Thyroid cancer struck in June and we removed the tumor but it returned in October and had spread too far for surgery or radiation to do much good. Her spirit and love kept her going for far longer than the vet thought possible. She was a love, pure and simple.

She gave them twelve years of love and loyalty,
They gave her up….”No time for her anymore.”
Rescue angels brought her to me.
Both ancient souls we were, our bond intense.
Six months, disease appeared–hopefully removed.
Four months later, back–too invasive to defeat.”
One more month,” the doctor said.
Miss Scarlett just ignored him.
“I’m not ready to leave,” she sighed.
“It took too long to find you.”
For ten months more, Scarlett continued
to fight, to live,and to love.
My valiant girl.